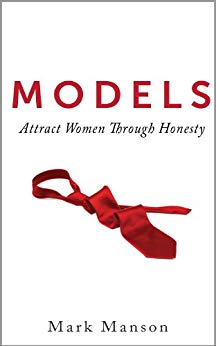 Recommend this as the best dating advice book for men. Has a focus on finding the right fit for a partner and gives good ideas for finding women that you would actually get along with (and the case for why this is the best approach).

A non-needy man will be more invested in himself than the woman he’s with.

This is why status is based on behavior and not simply assets. A man who is rich in assets has greater potential to make a women feel secure and comfortable, but if his behavior implies that he won’t, then she won’t be attracted to him. A physically fit man will imply greater fitness for her children, but again, if his behavior implies he will be incapable or incompetent in raising them, then she will not be attracted to him.

Overcoming neediness is not about learning what to say or new things to do. Overcoming your neediness comes through a change in your mindset, your self-perception, and your self-respect. It’s as simple as just changing your mind about women.

I don’t care how hot she is. Is she good enough for you? Does she have integrity? Standards? Is she smart, personable, caring? Are you ready to leave on a dime if she offends you or breaks your trust? If not, that’s probably why you’re not with her in the first place.

Here’s a piece of advice: if you ever find yourself thinking, “That didn’t work,” or “this doesn’t work,” then you are performing and you are needy. Point blank. Period.

You can say the lamest and grossest (or funniest, depending on your perspective) thing to women, and if the sub-communication is, “I really don’t care if you laugh or run away horrified, but here’s who I am, take it or leave it,” this sub-communicates a rock-bottom level of investment and an incredibly high level of vulnerability…But remember, it’s not the actual behaviors or words themselves, it’s the intentions behind those words. There’s a world of sub-communication going on behind a man’s honest declaration of his interest. And it’s an attractive one.

I don’t use my compliments as a bargaining tool. I give them unconditionally. A needy man will give a woman a compliment without knowing her and wait expectantly for her to repay him in either her company or with thank or with sexual favors. I will give compliments only when I am honestly inspired to give them, and usually after already meeting a woman and displaying to her that I’m willing to disagree with her, willing to be rejected by her and willing to walk away from her if it ever comes to that.

Men who are non-needy establish strict boundaries because they value their own time and happiness more than receiving attention from a woman. They also see no reason to trample over other people’s boundaries.

Ask yourself this: why would you want to be intimate with someone who doesn’t appreciate you? Why would you eversettle for such a person? Because she’s hot? Come on, have a little more self-respect. Have some higher standards.

Typically, if men have been friends with a women for even a month or two without ever explicitly indicating their sexual interest in her, it’s likely too late.

Again, ask yourself what waiting four years to state your interest in a girl sub-communicates to her. It sub-communicates, “I am so much more invested in you than in myself that I spent four years working up the nerve to show you my interest.” It’s extremely unattractive. And chances are, she knows! She always knew! Which just makes it worse.

There are three ways in which we are honest…The three ways are 1) living based on our values (lifestyle); 2) becoming comfortable with our intentions (boldness); and 3) by expressing our sexuality freely (communication).

When it comes to age, studies show that men’s physical attractiveness peaks at around 31 (a luxury considering women peak around 21) and that our physical attractiveness recedes far slower than it does for women. In fact, studies have found that the average 45-year-old male is still considered as physically attractive as the average 18-year-old male. The main reason is that studies have also found that women judge a man’s status far less on actual physical dimensions and far more on style, grooming, and how men present themselves. As men, we’re extremely lucky in this regard.

When it comes to money, once again the surveys and studies have some interesting findings. The first is that money/success matters more depending on your age. The older you are, the more money you’re expected to have and the more successful you’re expected to be in order to be attractive. The other finding is that the less wealthy she is, the more important money will be to her.

Ask yourself for which demographic of women are looks and money highly important? Women who tend to only valuegood looks tend to be women who only have good looks and little else to offer. Women who are highly interested in money are going to be women who don’t have other interests or opportunities in front of them.

Some dating advice tells men not to compliment a women too early or too often. The reason for this is that most men who read dating advice have poor intentions: they’re needy and looking to validate themselves through sex or female affection…Now if a man compliments a women out of genuine appreciation for her, she’s going to hear his intention and be genuinely appreciative of him as well.

Once you’ve researched and found 4-6 venues and activities near your place that you enjoy doing, that are good date activities and are easily accessible, it’s time to start putting them together and do multiple things on each date…Most men do dinner and then sit at the table for another hour chatting away…On our dates, we are doing things – lots of things. We’re going bowling, having drinks, dancing, checking out statues in the park and carriage riding – all in three hours.

Every decision should be yours and she should be expected to follow it. Remove, “What do you want to do now?” from your dating vocabulary. Never say it again.

One new conclusion in arousal research these days is that female arousal is somewhat narcissistic in nature. Women are turned on by being wanted, by being desired…Seemingly disconnected events that arouse women – a romantic marriage proposal in one instance, being tied up to the bathroom sink in anther – make sense when viewed this way. Both indicate an extreme desire in her by a man.

Something as simple as taking a guy who usually stands there blabbering for hours about meteorology or something, if you take that same guy and have him put his arm around the woman he’s talking to or have him lightly touch her as if punctuating his points and jokes, this generates way more sexual tension…getting physical with women, and getting physical quickly and comfortably, is ultimately the difference between having a lot of female friends, and having a lot of girlfriends and dates.

…if a woman clearly tells you to stop doing something, stop. Don’t take offense, but instead, ask her if she’s uncomfortable and/or why she’s uncomfortable. Often it’s not that she doesn’t like you, it’s just that you’re moving too fast for her. Always respect her boundaries and clarify as early as possible what she’s comfortable with and what he expectations are. Not only is this the vulnerable thing to do, it’s also the respectful thing to do.