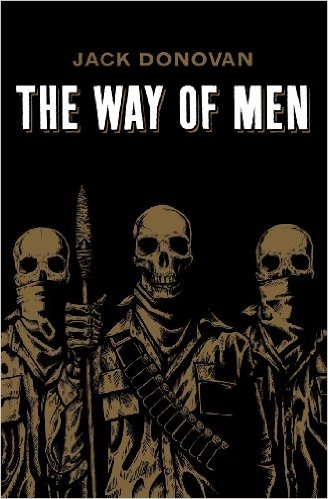 The Way of Men

This was an interesting book and not something I would normally read. The overarching theme revolves around people and society being driven by the core instincts of males that came to be from evolution over thousands of years. It had well-reasoned (and Conservative) ideas, and I encourage people who lean left to read it with an open mind. It also really resonated with me because I didn’t agree with some of the conclusions he made, even though I agreed with most premises and logic (time to read more!).

The overarching theme is gangs. Masculinity is how men view other men, and ultimately is the most important feature we need to pay attention to. Children do not rely on men the same as women, and women have a period of their life where they are very vulnerable that men do not have (9 months of pregnancy and breastfeeding after that).

Men aren’t men without strength. Men who have more testosterone, and grow larger muscles, look more manly rather than womanly. This makes sense from an evolutionary perspective because men who are stronger are more valued to survive.

“Strength is the ability to exert one’s will over oneself, over nature and over other people”

“Until security is established, no group can afford to bother with niceties like ‘intellectual courage’”

“Gameness is a term used in dogfighting to described, ‘the eagerness to get into the fight, the berserker rage, and then the absolute commitment to the fight in the face of pain, of disfigurement, until death'”

It is better to be game than to not.

You can fake gameness, but you may be tested on it. If you fake it and it’s a good enough fake, people will respect you for it. If they test you and you can’t hold up, you’ll look like a fraud.

Dependence is weakness, but interdependence is what makes groups great. In order to provide something to the group, men must master a skill.

“Mastery is a man’s desire and ability to cultivate and demonstrate proficiency and expertise in techniques that aid in the exertion of will over himself, nature, women and other men”

Honor is connected to an honor group, or your gang. It requires of face-to-fact interaction and the threat of dishonor from peer men if your gang.

“Honor is a concern for one’s reputation for strength, courage and mastery within the context of an honor group comprised primarily of other men”

Deficient masculinity is trying and failing.

Flamboyant dishonor is an openly expressed lack of concern for one’s reputation for strength, courage and mastery within the context of an honor group comprised primarily of other men.

Micheal Kimmel wrote: “Homophobia is the fear than other men will unmask us, emasculate us, reveal to the world that we do not measure up, that we are not real men. We are afraid to let other men see that fear.” In tightly knit gangs, this fear goes away because men are constantly being evaluated and tested against each other and other gangs. [This explains a lot of things, notably why real gangs and team sports both are so popular with men]

The problem that men have with homosexual men is primarily the perception of an over-willingness to submit to other men.

Honor is ultimately showing and proving to other men that you are good at being a man. This is principally related to physically staying alive as part of our human history

Some people raise the objection that real men take responsibilities for their actions, never hit women, spend time with family, etc. These same men also love “guy movies” like the Godfather, Scarface and Fight Club. Many of the lead characters in these movies were not “good men”, however they were concerned with being a man.

Being a good man has to do with ideas about morality, ethics, religion and behaving productively within a given civilization.

Being good at being a man is about being willing and able to fulfill the natural role of men in a survival scenario.

Rome was founded by a group of men. When they beat the other men for the territory, they had to find wives. First, they went into nearby towns and tried to convince fathers to send their daughters. When this didn’t work, they tricked the men to leave the town, the stole the women so they could continue their families.

Donovan goes on to relate it back to civilization by admitting that while our bodies may be more geared towards survival, the technology we created made a civilization where we don’t need that. “Moral equivalent of war” is an attempt to harness and use the evolutionary desire to survive within the context of society. There are three ways to do this: simulated masculinity (military (guardian activities), team sports, individual competitions), vicarious masculinity (watch other males in war/sports, study history) and intellectualized masculinity (economic competition, political competition, religious competition)

Many men aren’t satisfied with this situation. Outside of a few guardians (military, police) and some intellectuals, most men are not sufficiently tested and forced to take risks. Nothing really matters for most people (and men).

Introducing women into these competitions doesn’t help. Either men focus on impressing the women, or lose interest all together.

Humans have evolved to compete for access to females because it’s a valuable investment (reproduction).

Chimps and bonobos are two of our closest relatives and live very different lives.

We are heading towards a woman-lead society similar to bonobos. This isn’t good for men and out natural instincts.

Women still respond to “alpha” traits that suggest strength, courage and mastery. The guys who hook up with lots of girls show this the most.

“The cost of civilization is a progressive trade-off of vital existence. It’s a trade of the real for the artificial, for the convincing con, made for the promise of security and a full belly.”

“The question is, how much trade is too much?”

“If that is all, if your life is all about chasing “fun,” is that enough? Is this level of civilization – is all of this peace and plenty – worth the cost?”

The Way of Men has been to form a gang and fight other men or animals, or fight for women. However, it has never been to fight women. The Way of Women is to lure men away from volatile gang, to seek his investment in her reproductive endeavor, and to encourage him to seek refuge and comfort in domesticity.

Truthfully, men have created almost everything in this world. Outside of a few things, men have made everything.

“In the film Gran Torino, Clint Eastwood’s character Walt Kowalski confessed to Father Janovich that one of his sins was failing to pay taxes on a private sale he had made several years prior. He said “it’s the same as stealing.” That’s the country my grandfather grew up in. Many people who grew up before the Vietnam era felt that connected to their nation. They were invested in it. The United State was us, or truer to the spirit of it, “we the people.””