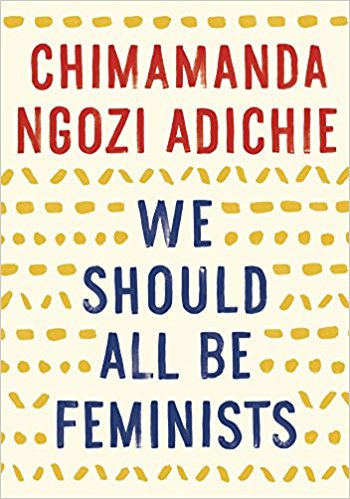 We Should All Be Feminists

Was looking for a female perspective to the gender relations / dating topic and this was disappointing. A TED talk transcribed into a book, it’s definitely better as a talk. Was looking for a rational, detailed argument against some other books I’ve read and this fell short.

Anyway, since feminism was un-African, I decided I would now call myself a Happy African Feminist. Then a dear friend told me that calling myself a feminist meant that I hated men. So I decided I would now be a Happy African Feminist Who Does Not Hate Men And Who Likes To Wear Lip Gloss And High Heels For Herself And Not For Men. Of course, much of this was tongue-in-cheek, but it shows how that word feminist is so heavy with baggage, negative bagge: you hate men, you hate bras, you hate African culture, you think women should always be in charge, you don’t wear make-up, you don’t shave, you’re always angry, you don’t have a sense of humour, you don’t use deodorant.

So in a literal way, men rule the world. This made sense – a thousand years ago. Because human beings lived then in a world in which physical strength was the most important attribute for survival…Today, we live in a vastly different world. The person more qualified to lead is not the physically stronger person. It is the more intelligent, the more knowledgeable, the more creative, more innovative. And there are no hormones for those attributes.

I teach a writing workshop in Lagos and one of the participants, a young woman, told me that a friend had told her not to listen to my ‘feminist talk’; otherwise she would absorb ideas that would destroy her marriage. This is a threat – the destruction of a marriage, the possibility of not having a marriage at all – that is our society is much more likely to be used against a women than against a man.

Some people will bring up evolutionary biology and apes, how female apes bow to male apes – that sort of thing. But the point is this: we are not apes. Apes also live in trees and eat earthworms. We do not.